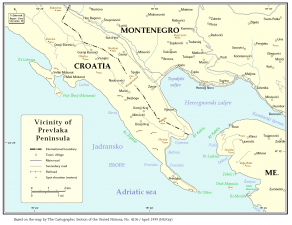 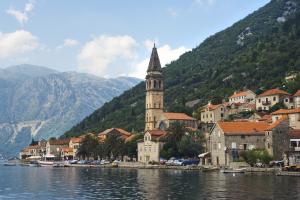 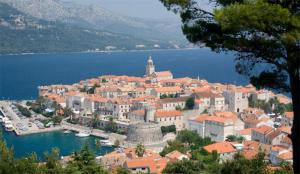 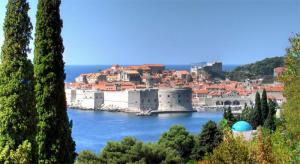 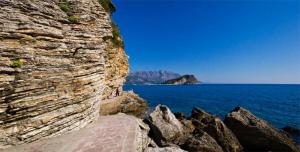 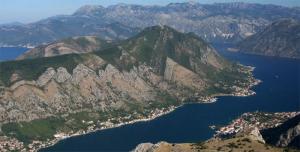 Montenegro, the pearl of the Mediterranean, unique in many ways, and situated in the south of the Adriatic. One of the TOP 10 World Tourist Destination.

DAY 1 SPLIT
Split is the largest Dalmatian city but also one of the oldest cities in the area, and is traditionally considered just over 1,700 years old, while archaeological research relating to the ancient Greek colony of Aspálathos (6th century BC) establishes the city as being several hundred years older. Split, known for its great nightlife as well as its fantastic architecture, will not fail to impress. Streets lined with lively cafes and bars will be a welcoming adventure.

DAY 2 HVAR & BRAC
Head east to the Islands of Hvar and Brac. Anchor off some of the numerous inlets and bays and take advantage of all the toys onboard. Hvar is the longest Adriatic island, and holds the record for the number of sunny days per year. There is a lot to say about Hvar. The oldest community theatre in Europe was founded here is 1612, on one of the largest Renaissance squares. There is also a Renaissance cathedral with its original tower, rich treasury and many paintings by old masters. This island is also known for its St Klements islands (Pakleni Otoci), small, partially wooded islands with sandy beaches. In the pine forest beyond there is a fortress, overlooking an exquisite botanical garden. Although the name means “hell islands” there is nothing menacing about them at all! Brac is fantastic for diving and snorkelling. Bol is where Croatia’s most famous beach is, its sandy peninsular shifts from side to side as the wind and waves constantly change its shape. 7 days

DAY 3 KORCULA
Korcula is an old fortified town, and one of the loveliest islands in the Adriatic. Korcula has lots of little side streets and many excellent restaurants. The island is renowned for its wine making and production. Marco Polo reputedly lived in Korcula, his house is in the town, and open to the public.

DAY 4 MLJET
Lush, green, totally unspoilt Mljet and its vast saltwater lakes are the nearest one can get to the Garden of Eden in Croatia. Nature has also been kind enough to bestow on it a highly suitable and safe anchorage in Polace, right by the best of the National Park area and the lakes which are within the walking distance.

DAY 5 DUBROVNIK & LOKRUM
Mid morning arrive outside the town of Dubrovnik. Dubrovnik and Lokrum (the small island opposite) are mentioned in the legend of King Richard the Lionheart, who found shelter against the storm on Lokrum on his return from the Crusades in 1192. He made a promise to build a church on the spot where he came ashore, but at the request of the people of Dubrovnik, he arranged to have the church built in the city of Dubrovnik. The city of Dubrovnik is surrounded by 2 kilometres of walls build between the 11th and 17th century. A visit to the city walls is well worth it. Other highlights are the famous main street, Stradun, the Dominican Monastery with its fine collection of Renaissance paintings, and the 15th Century Rector’s Palace.

During the days explore Lokrum and Kolocep, just off Dubrovnik. Lokrum is a great place to spend a morning enjoying the sun and sea. On the island there is a Botanical garden with tropical and subtropical plants. On the highest peak there is a Fort Royal built in a shape of five pointed star by French army in 1806; it gives a magnificent view of Dubrovnik. Kolocep is a mere 2.35 square kilometres, and was one the favoured summer home of the Dubrovnik aristocracy. The crystal clear waters surrounding the island allowed the inhabitants of the island to develop a reputation in past centuries as the Mediterranean’s most renowned coral divers.

DAY 6 CAVTAT / KOTOR
Then clear out of Croatia in the small port of Cavtat and steam down to Montenegro, cruise up the inland water way, towards Kotor, past the two churches built on islands off the village of Perast. Arriving at Kotor, stern to the dock in front of the town where it is just a short walk into the walled medieval city, with churches and cathedrals dating back to 910AD, such an amazing city, a walk up to the top of the cities fortifications behind the Kotor will not only give you a great work out but leave you with images that will be burned on your memory for life.

On day 7, enjoy a swim before heading back to the Airpot in Tivat. Tivat International Airport is only a 30mn drive away from Kotor.